Dublin club is the first winner of the Gala Gifts for Clubs cash prize in 2022. We catch up with the club to share the good news!

Abbotstown Stars Special Olympics Club is a relatively new athletics club - set up in late 2018, the club was less than 18 months old when we were shut down for two years.

We are a relatively small club that meets once a week for the most rewarding hour of my week.  We have plans to expand our athlete numbers and start working on our social media presence with longer-term ambitions to eventually start up a Young Athletes programme in the future.  Building a good volunteer base will be key to the success of this.

Getting back up and running (pardon the pun) was quite a challenge and was touch-and-go a few times.  We had to recruit almost a full new committee, including a new coach, and source a new training venue.  The volunteers really stepped up to put every effort into filling committee roles & seeking out venues.  All the work and effort were worth it when, just after Easter this year, we got to see the joy in the athletes' faces at our first training session in 777 days!

"We really appreciate the time and effort that all the volunteers put in every year and especially to get the club up and running after Covid.  Jason really looks forward to athletics every week, not only is it a great social outlet for him and his friends but it also keeps him fi , happy & healthy"
-Jason and mum Lisa

"So happy that my son has a place to go to exercise and meet some friends and have fun.  So important for those with disabilities to feel involved and part of a community of like-minded teenagers"
-Ruairi and mum Sarah

"So great o be able to get back to Abbotstown Stars.  Getting active, having fun, and connecting with others is vitally important for our kids' development"
-Charlie and mun Nuala

For the committee and volunteers, there were mixed emotions on that first day back - nervousness at the thought of mixing in an enclosed space and wearing masks while training, mixed with concern that some athletes would struggle to adapt to the new venue, new coach and new pod-style training.  However, all those feelings dissipated once the athletes arrived... Their joy and excitement at being back was infectious.  It was great to hear all their stories and see how much they had grown and developed in the two years.   They loved seeing all their friends again and they got stuck into all the new activities with determination and a sense of fun.

"After a very long enforced break, it's great to have our club back up and running and witness how much it means to all the athletes and parents.  It may only be for one hour a week but it's a fun, rewarding and social one for all involved"
- Maireád, Volunteer

We were delighted to be chosen as the winners of this month's Gala Retail Gifts for Clubs Cash Prize and we hope to be able to invest the money on some equipment for the club as well as coaching training for our members... So if anyone is interested in becoming a qualified Athletics Coach, come join Abbotstown Stars and we will help!! 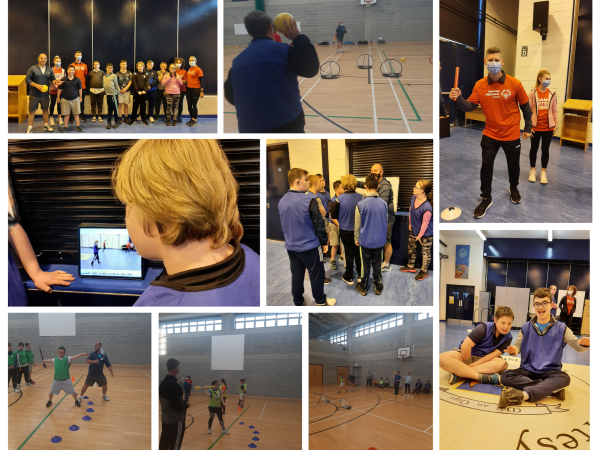