In the Autumn, Volunteer Ireland hosted their annual awards, asking for people throughout the country to nominate volunteers who freely give their time and energy to charities and organisations in their communities.

Due to COVID-19 Volunteer Ireland have been unable to hold the usual ceremony to present the selected awardees their award, therefore arrangements were made for the delivery of the award, along with a letter from President Michael D. Higgins (Patron of the awards) and a celebratory hamper to the recipients.  You can watch the video of the awardees receiving their gifts below 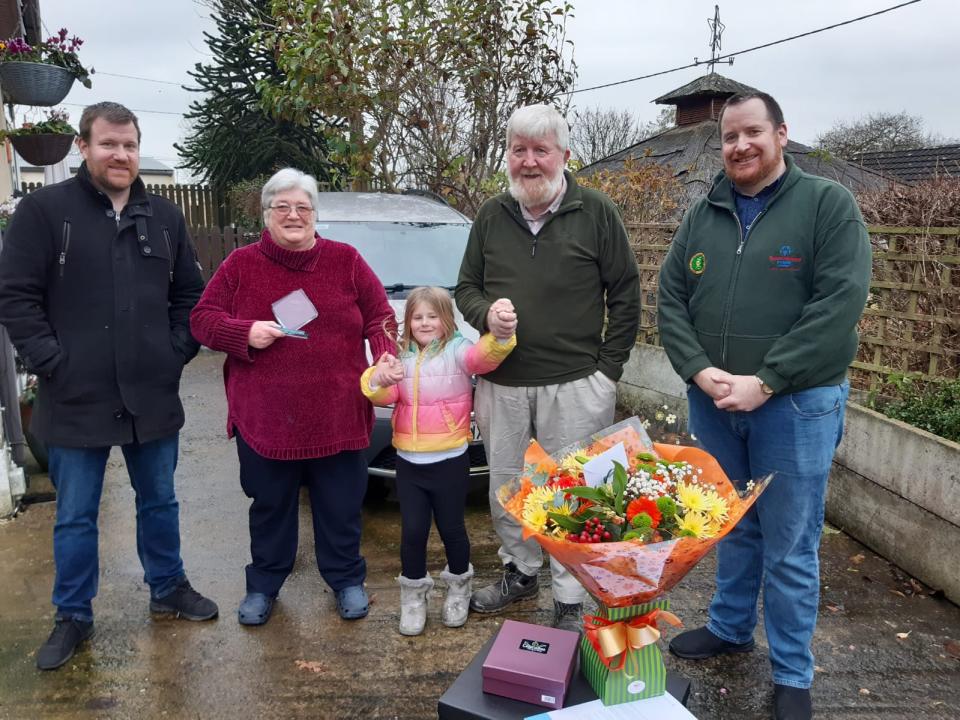 Beryl has been a volunteer in the Gorey area for many years and one of the founding members of the Special Olympics Club Gorey Area (2005), Beryl still volunteers with the club on a weekly basis and over the years has held a number of roles on the committee.

Beryl is a regular medical volunteer at local and regional events within Leinster.  Beryl has been a Medical Volunteer at the 2006, 2010 and 2014 National games and in 2018 was selected to be a Medical Coordinator on the Leinster Delegation Team.

Since 2013, Beryl has held a position on the Leinster Regional committee as an Area representative.  Beryl was due to step down from the committee this year though in light of the pandemic agreed to continue on in an advisory position. 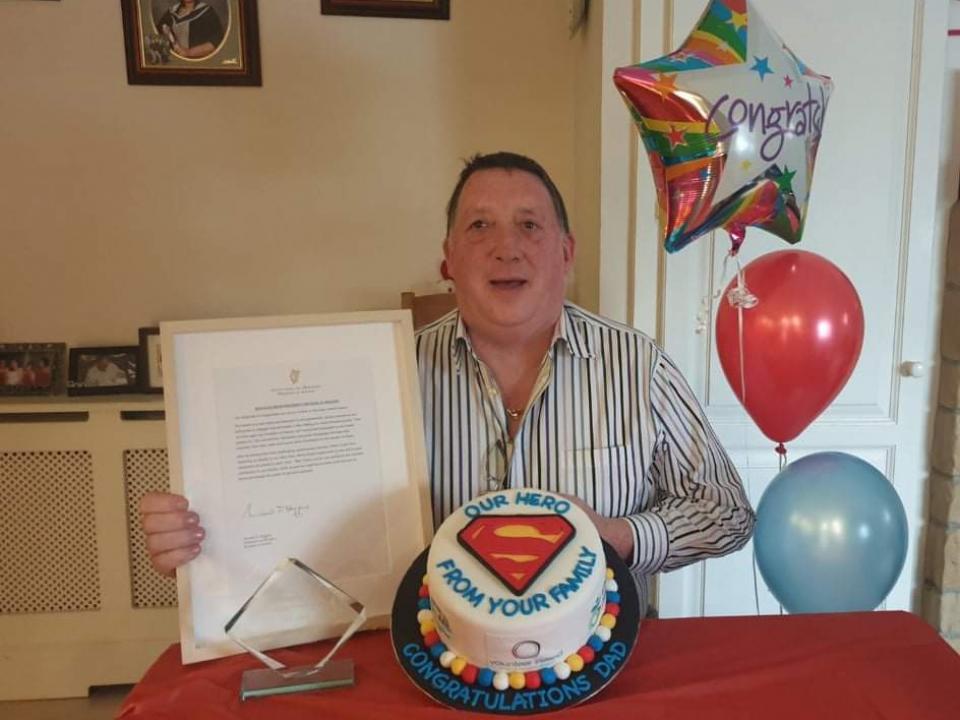 John is a long serving volunteer with Special Olympics and is one of our key volunteer fundraisers.

The Golf classic has just completed its 11th successive outing. Even the various Covid-19 lockdowns and knee surgery could not stop John from making the event happen this year and being a complete success.  He is always looking for new ideas and ways to promote the event to get more participants involved, supporters love coming back on an annual basis.  Over the 11 years, the event has raised over €132,000 to support Special Olympics.